Recently, the State Council executive meeting passed a resolution to officially set the opening day of "Xu Xiake's Travels" on May 19th as "China Tourism Day". The date of the long-awaited debate finally settled. According to this resolution, "China Tourism Day" has become another national holiday in China, but it is not a statutory holiday. 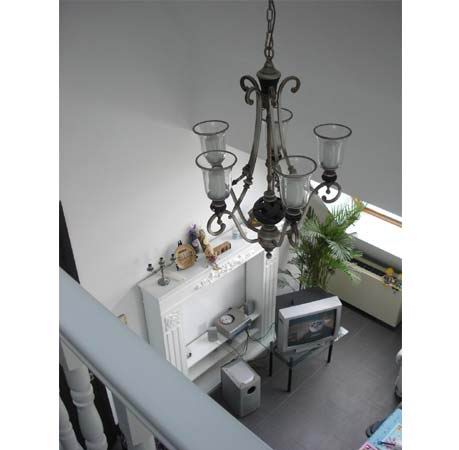 Recently, the State Council executive meeting passed a resolution to officially set the opening day of "Xu Xiake's Travels" on May 19th as "China Tourism Day". The date of the long-awaited debate finally settled. According to this resolution, "China Tourism Day" has become another national holiday in China, but it is not a statutory holiday. What is the significance of the establishment of this festival? How can it be effective? The reporter conducted relevant interviews. Among them, Liu Simin, a well-known expert and special researcher of the Tourism Research Center of the Chinese Academy of Social Sciences, even envisaged that the country should be newly established to play the role of China Tourism Day. A "Spring and Summer Golden Week", on May 19th, 20th, and 21st, will continue to form a new holiday plan, turning the tourism day into a tourist holiday, so that more people can enjoy life.

On the morning of March 30, 2011, the State Council executive meeting passed a resolution to make "Xu Xiake Travel Notes" the opening day of May 19 as "China Tourism Day." The establishment of this day reflects the Chinese government's high regard for tourism work and tourism development, which will help raise citizens' awareness of tourism and make the community pay attention to and pay attention to tourism development. At the same time, relevant officials of the China Tourism Administration said that it is necessary to continuously improve the quality of tourism services and strengthen the supervision of tourism safety so that the people can share the fruits of tourism development and truly enjoy the happiness, happiness and health brought by tourism.

Zhu Shanzhong, deputy director of the China National Tourism Administration, said that the choice of May 19 as the "China Tourism Day" was finally determined after various considerations. May 19th is the opening day of the great traveler, geographer, historian and writer Xu Xiake in China's Ming Dynasty, Xu Xiake's masterpiece "Xu Xiake's Travels", which is a collection of more than 600,000 words of Xu Xiake's 30-year study. It is not only a systematic study of the geomorphology of China's geomorphology, but also a tourism giant depicting the resources of China's landscape. Choosing the day of May 19th, it is closely related to tourism in terms of cultural connotation, and also takes into account factors such as the golden season of tourism. "Xu Xiake's Travel Notes" is closely related to tourism and has far-reaching influence at home and abroad. In recent years, the 'Xu Xiake Tour Belt' node city has established the 'China Travel Xiake Alliance', which is held on May 19 each year. Various commemorative activities have a realistic foundation for work. At that time, most of the country was in the middle of the spring and the spring, which was the golden season of tourism, and the universality of tourism in time."

â—Illegal holidays, or free tickets for the proposed scenic spots

It is reported that the establishment of "China Tourism Day" does not mean that it will become a national legal holiday on May 19 each year. In addition, regarding the issue of whether the country will introduce some preferential policies on the day of tourism, Zhang Jianzhong, spokesperson of the National Tourism Administration and director of the Comprehensive Coordination Department, revealed that the initial idea is to advocate the main scenic spots in the country according to their own conditions on the day of May 19. Offer free or discounted offers. It is reported that the relevant person in charge of the Ningbo Tourism Bureau of Zhejiang Ninghai, mentioned in the opening remarks of Xu Xiake Travel Notes, has stated that the establishment of â€œChina Tourism Dayâ€ will bring great driving effect to Ninghaiâ€™s tourism industry. From this year on May 18th, 19th, and 20th, all scenic spots in Ninghai County will be free of charge, and other scenic spots in Ningbo will also introduce different preferential policies. Many travel agencies in Guangdong also said that they will jointly launch relevant offers on the day of China Tourism Day to attract more people to apply for a trip and participate in the tour. â€œLet everyone enjoy the fun of tourism and enjoyment. The joy of life."

â— What is the significance of setting up "China Tourism Day"?

Improve citizens' understanding of the nature of tourism

Zhang Guangrui, director of the Tourism Research Center of the Chinese Academy of Social Sciences, said that the establishment of modern festivals, anniversaries and holidays is too utilitarian, often only used as a tool to stimulate consumption and swindle people to spend money, making some festivals and holidays taste. It should be noted that due to historical reasons, China's modern tourism development has undergone an unconventional course. In the past, tourism development began in order to win friendship, understanding and support, only considering political significance, and later to earn foreign exchange, and then later In order to stimulate consumption and promote economic development, only economic effects are emphasized. In the past, this was correct and unobjectionable. However, today, the purpose of developing tourism should be re-examined. Because Chinaâ€™s social and economic development has undergone major changes, tourism has gradually begun to enter conventional development.

Zhang Guangrui pointed out that current tourism should focus on national tourism, and it will meet citizens' tourism needs and improve citizens' quality of life and welfare. The government should create conditions for them from the perspective of civil rights, not just the pursuit of a single economic function. .

Let more people realize the meaning and value of tourism

Professor Liu Deqian, deputy director of the Tourism Research Center of the Chinese Academy of Social Sciences and the Tourism College of Beijing Union University, said that in terms of the development of China's tourism industry, the most important thing is that â€œChina Tourism Dayâ€ should be a popular tourism concept for the Chinese public, popularizing tourism knowledge and tourism. The day of responsibility, like the theme slogan of the World Tourism Organizationâ€™s annual â€œWorld Tourism Dayâ€, we should also formulate the theme of the year according to Chinaâ€™s national conditions to further clarify the role and significance of tourism to our country and deepen the local residents and The industry, researchers in various fields, and local government staff understand and understand tourism.

Liu Deqian pointed out that the establishment of "China Tourism Day" is a good opportunity to coordinate and integrate industries in terms of consciousness and concept. Through the establishment and further arrangement of "China Tourism Day", more nationalities will be recognized. To play a role in China's tourism supply, and thus play a greater role in meeting the needs of residents, improving people's quality of life, promoting economic and social development, enhancing international friendship, and building a harmonious society. "But I personally think that the establishment of 'China Tourism Day' is not mainly to let the people appreciate the value and joy of tourism on this day, but more importantly, let more people realize the tourism through this day's activities. For the meaning and value of our ordinary people and the country, thus promoting the healthier development of tourism, promoting the continuous improvement and optimization of tourism services, so that more people can enjoy the joy and teaching of tourism, and let the people of this service industry The service is more satisfied."

CareerSec understands that a working knowledge of English is essential in the modern world and is in high demand in China a country with over a billion people population.
Just as words are coined in English and adopted by other languages, English teaching methodology and professionalism set the international standard.

With such a high demand for English language skills comes a demand for teachers of English.CareerSec offers training, coaching and refresher programs   in partnership with leading teacher training centers and language schools in China, so you will receive guidance from real experts in English language teaching and in class activities.

Many of the activities and teaching frameworks featured in our workshops and trainings will equip you with skills to start your teaching experience in China.The Creativity Workshops have helped thousands of educators and their students develop creativity and innovation ideas in interactive activities, the arts, creative writing, in class games and engage each person`s innate curiosity and imagination to foster a lifelong love of learning.