Turkey is destined to be a legendary country, across the two continents of Europe and Asia, the beautiful Bosphorus, the most expensive Topkapi Palace, the hot spring resort of Pamukkale, not to be missed, telling the ancient civilization of Kumari Kruk Village, the romantic city of Kusadasi on the Aegean Sea, the ancient city of Efsso with a strong history... clean beaches, bright sunshine in the Mediterranean, free and unrestrained Western style, and the mysterious and mysterious blend of the Middle East. The colorful light radiating is coveted.

Years ago, I couldnâ€™t help but feel the excitement of my heart. I went to Turkey, but the journey was too tossing. There was no direct flight, and the boat was busy.

I heard that on November 22 this year, China Southern Airlines will open a direct flight to Istanbul, which will set off my yearning for Turkey, Aegean Sea, Pamukkale, Byzantium... I want to fly to the heart on the day of direct flights. Holy land!

After searching for a long time on the Internet, I finally saw a travel agency having a direct flight to Turkey on November 22nd. It was enough to travel around the net and consulted personally. The service was very good and the price was good. It was finalized! 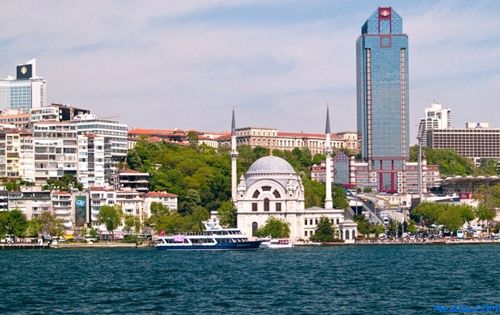 Turkey is destined to be a legendary country, across the two continents of Europe and Asia, the beautiful Bosphorus, the most expensive Topkapi Palace, the hot spring resort of Pamukkale, not to be missed, telling the ancient civilization of Kumari Kruk Village, the romantic city of Kusadasi on the Aegean Sea, the ancient city of Efsso with a strong history... clean beaches, bright sunshine in the Mediterranean, free and unrestrained Western style, and the mysterious and mysterious blend of the Middle East. The colorful light radiating is coveted. 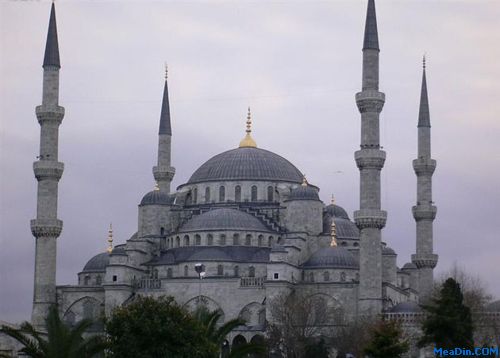 Istanbul: across Europe and Asia

To Turkey, the first stop is of course to go to Istanbul. It is not because it crosses Eurasia, it is the meeting point of Eastern and Western cultures. Just because it is the same age as the Roman Empire, it is enough to attract you to enter this famous city with more than 2,000 years of history.

A few years ago, I also stood on the Bosphorus Bridge and looked at the blue Marmara Sea. The ships were coming and going, the seagulls slid and screamed on the sea, and there were many fishing people on the bridge. Looking back now, I still feel that it is the most rewarding moment.

Hagia Sophia, built in 325 AD, is a small royal church built by Emperor Constantine for the worship of the god of wisdom, Sofia, which was later damaged by war. By 537 AD, the Emperor Justinian rebuilt it for his own martial arts martial arts, and thus as a Christian court church, it lasted for nine centuries.

The Blue Mosque can be seen from the Sofia Cathedral, and there is only a small square between the two great buildings. In appearance, the blue halal has many similarities with the architectural style of the Church of St. Sophia, but it is much younger than the Church of St. Sophia and was built in the 17th century. At the top of the temple there is a large dome surrounded by four smaller domes with 36 smaller domes below it. In addition, there are six â€œminarsâ€ around the monastery. This is Islam. A unique design in the country. 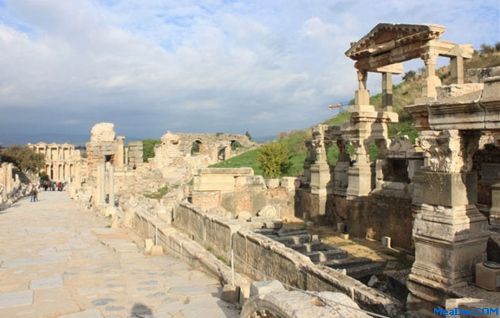 Izmir is a coastal city with long coastlines and palm-lined trails stretching along the sea. Hugo once praised the city like this: "Izmir is like a princess, accompanied by her beautiful white gauze, like a happy spring, accompanied by the song she gently evokes."

The ancient city of Ephesus is the greatest attraction of Izmir. In 1000 BC, the Ionians built the city for the goddess Artemis, the famous Temple of Artemis. Listed as one of the Seven Wonders of the World, although it only exists in the ruins, it still attracts people from all over the world to explore the 3,000 years ago. 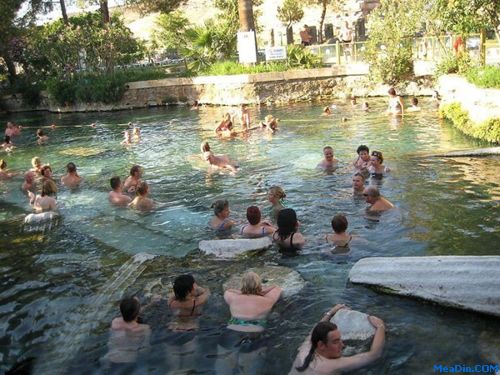 Pamukkale is located in the southwest of Turkey. From a distance, a piece of stairs is like a pile of cotton, giving a soft and fluffy feeling. When you step on it, you know that it is a hard stone.

The visit to Pamukkale must be barefoot, and the management department is afraid of the sharp heel to trample the limestone everywhere. In summer, the feet are comfortable on the cool stones. The hot springs in Pamukkale vary in depth, shallow to the ankles and deep to the waist. The springs are kept at around 36 degrees throughout the year, containing a lot of calcareous and carbon dioxide gas, heart disease, arteriosclerosis, hypertension, skin diseases, Diseases such as rheumatoid arthritis have special effects. These springs have been famous since Roman times, and many nobles have come here for thousands of miles to enjoy hot spring therapy.

Many years ago, the trip to Turkey came to my mind. The scene was like a montage of movies. It was constantly displayed in front of the eyes and could not be calmed down for a long time. Fortunately, I will soon set foot on this legendary country. Maybe I will have a different mood. Maybe I will have more precipitation. And I believe that the journey should be easier, I will have better energy, play Turkey!