Changshu (Shanghu) Peony Flower Club (March 25-April 25) Changshu Shanghu Peony Flower Festival is a major tourism festival in Changshu, Jiangsu Province. Changshu, the ancient town of Shuixiang, is located in the eastern part of Jiangsu Province and on the south bank of the Yangtze River. It is 100KM away from Shanghai and 40KM away from Suzhou. It has beautiful scenery and is known for its seven streams and waters.

Seeing the peony in the spring, about Shanghu Lake 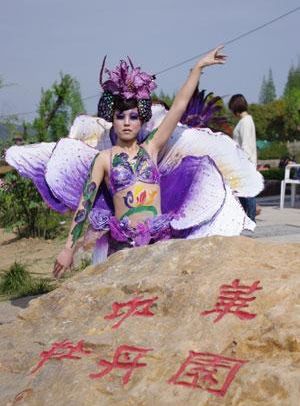 Changshu, an ancient city in the water town, is located in the eastern part of Jiangsu Province and on the south bank of the Yangtze River. It is 100KM away from Shanghai and 40KM away from Suzhou. It has a beautiful scenery and is known as the â€œSeven streams flowing through the sea and the ten-mile Qingshan half-into the cityâ€. Changshu is an international garden city: it is beautiful and beautiful. Changshu is a national garden city: here is a small bridge flowing water, and the powder wall is ochre. Changshu is a national historical and cultural city: the culture is prosperous and the folk customs are simple. Changshu is an excellent tourist city in China: it is the hometown of the emperors of the two dynasties, the original place of Shajiabang.

According to Shanghuâ€™s legend, Jiang Taigong was named after fishing here. The wide lake faces the scenery of the Shili Mountain. The long lake around the lake is located in the lake. The seven islands, such as Hexiangzhou, fishing rod and songbird, form an island in the lake. There is a unique landscape of the lake. The outer lake is full of smoke, and the gull is flying; the inner lake is blue and the scorpion is swaying. Qingshan, oasis, clear water and blue sky form a three-dimensional landscape painting. Clear lake water, fresh air, and excellent ecology are people's green eco-tourism destinations away from the city.

Changshu (Shanghu) Peony Flower Club (March 25-April 25) Changshu Shanghu Peony Flower Festival is a major tourism festival in Changshu, Jiangsu Province. Since 1992, based on the successful 15th session, the peony associations in Luoyang, Heze and Changshu have been held in 2003. The gathering of Shanghu Lake has held the "Love Peony Flower Festival". The scale is unprecedented and has far-reaching influence. It has become a famous tourism event in the south of the Yangtze River. one. In 2005, the four cities of Luoyang, Heze, Changshu and Pengzhou jointly launched the "Chinese Peony Tour". Among them, the Changshu (Shanghu) Peony Flower Festival was the first tour of the "Chinese Peony Row" due to the earliest annual flower festival. . 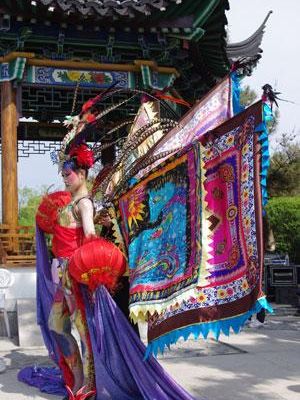 Changshu Shanghu Peony Garden covers an area of â€‹â€‹more than 10,000 square meters and has red, yellow, blue, black, purple, green, pink and white eight color systems from Luoyang, Shandong Heze, Jiangsu Yancheng, Anhui Ningguo and Changshu. More than 10,000 plants. The number of peony varieties in Shanghu Peony Garden and the area of â€‹â€‹planting area have become the most in the south of the Yangtze River. Therefore, it was praised as "the largest peony garden in Jiangnan" by China Flower News. Changshu became the peony flower in the country after Luoyang and Heze. In the third city of the conference, spring to Changshu, the water township peony is a great blessing for tourism in the south of the Yangtze River. 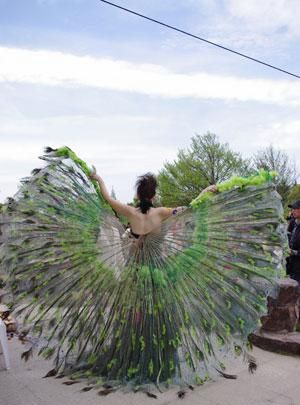 The sun is shining and the spring blossoms are blooming, which can not help but create the interest of the garden. In April, it is the season of peony blossoms, and the spring flower peony is not to be missed. In the Jiangnan peony, you may wish to take a look at the Changshu Shanghu Peony Garden, which is known as the "Gangnan Large Peony Garden". In the south of the Yangtze River in April, the long grass of the grass, the green of the rain and the green lake; the lake in April, the peony is beautiful, the water is in the south of the river...

Shanghu Scenic Area is a national urban wetland park. The excellent ecological and freehand landscape has nurtured many famous people such as Huang Gongwang, Yan Tianchi, Qian Qianyi and Liu Ruye. In the 1980s, Mr. Wang Daohanâ€™s "Changshu in the World, Hushan in the World" has become a city card for Changshu. The Shanghu Peony Garden covers an area of â€‹â€‹more than 10,000 square meters and brings together Changshu Real Estate and various characteristic peony in Henan Luoyang, Shandong Heze, Jiangsu Yancheng and Anhui Ningguo. It also introduced a variety of "foreign peony" from Japan, France and the United States. It can be said that the treasures of the peony are gathered. In April, Shanghu is the peony smashing the spring, and it is the choice of Jiangnan to enjoy the peony. 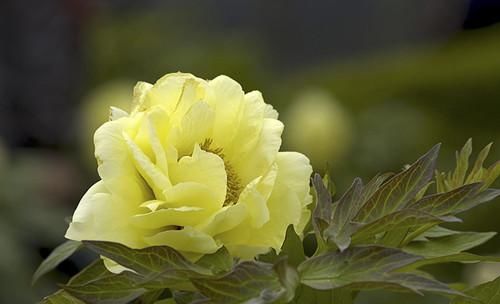 Walking into the Peony Garden, the flowers blossomed and the flowers blossomed. A group of "sexually urgent" peony, such as Luoyang Red, Huanghuakui, Fire Alchemy, and Taohong, and other early-opening varieties will be competing to show their enthusiasm at the end of March... red, yellow, blue, purple, black and white. The more than two hundred varieties of peony in the eight colors of pink and green are quietly blooming. The foreign varieties imported from the United States and Japan are more delicate, and the flowering time will be relatively late. Generally, it will take a week to delay. Flowering, individual may also be delayed for more than half a month.

Peony is really a national color. If you want to play peony, you must have 12 minutes of leisure and calmness to taste the true taste. The rich Yao Huang, the elegant Wei Zi, the one-two-color two-cho, the noble black-flowered ki, the almost transparent luminous white and other precious varieties can be seen in the Shanghu Peony Garden, and have been favored by tourists over the years. When you arrive at Shanghu, you must use your heart to carefully taste the peony of this country.

Shanghu Peony, when the flowers are open 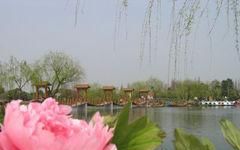 The spring breeze melts, everything recovers and flowers bloom. Once again, the annual Shanghu Peony Blossom Festival, the joyful people, have stepped out of their homes and embraced the embrace of nature. Despite the cold wash, the Shanghu Peony, under the careful care of the gardeners, is still leafy, with thick petals, large flowers and fragrant flowers. "Spring to see peony, meet with Shanghu" has become a tourist meal in the spring of Jiangnan and even East China. Recently, the crowds who came to see the lake in Shanghu came one after another.