Skip to content
On October 18, the real estate sector fell sharply. The overall decline in the sector exceeded 2%, and over 90% of real estate stocks fell.

"Gold 9 Silver 10" is showing gloomy performance in the property market. Market sentiment is growing stronger. Relevant data show that the listed real estate companies that originally hoped to make a comeback in the â€œGolden 9 Silver 10â€ finally ended in dismal fashion. According to the data released by the China Real Estate Information Group Research Center, during the â€œ11th National Dayâ€ period in 2011, the transaction area of â€‹â€‹major cities across the country has generally declined sharply. The 7-day deal area in Shenzhen, Shenzhen, Shenzhen and Shenzhen, has dropped by more than 90% year-on-year. During the entire month of September, the average weekly turnover in more than half of the cities fell by more than 50% year-on-year.

At the same time, there is news that since October 13th, CCB Beijing Branch announced that the minimum interest rate for first-home mortgages has increased from the original benchmark interest rate to 1.05 times the benchmark interest rate, and several banks have already announced that they will increase their first-home loan since the 16th. Interest rates range from 5% to 10%. At the same time, the banks covered by the bankâ€™s first mortgage loan interest rates include Beijing, Shanghai, Guangzhou, and Shenzhenâ€™s first-tier cities and Tianjin, Jinan, Qingdao, Zhengzhou, Wuhan, Changsha, Suzhou and other second-tier cities.

A number of experts in the industry analyzed this reporter's report that house prices have entered a sensitive period of adjustment in some areas. This measure of commercial banks has a greater impact on home buyers and will further curb investors' impulse to buy houses. â€œThe news that the loan interest rate of the first house rose will be negative news for developers because this adjustment will directly affect the customerâ€™s mentality in buying houses. At the same time, investorsâ€™ impulse to buy houses will be further inhibited, especially for high-price first-tier cities.â€ Zhang Yidong, a securities and real estate analyst, said.

Yin Zhongli, deputy director of the Financial Market Research Office of the Institute of Finance of the Chinese Academy of Social Sciences, believes that the boom in the real estate market is mainly due to speculation. The current property market regulation policy will not relax. Under the influence of multiple factors such as tight development loans, rising interest rates on mortgage loans, and lack of market confidence, the downward trend of real estate will be further established, and the inflection point of the property market will only gradually move closer. At the same time, he stressed that the first-home loan interest rate further increased, indicating that the property market credit policy has not been relaxed, which also reflects the fact that the overall policy environment of the property market remains tight.

Expected changes in the real estate industry Since the beginning of this year, housing prices have remained "strengthened" even though the property market has been overweighted. According to the data released by the National Bureau of Statistics, the price of new homes in 70 large and medium-sized cities in September dropped by only one year from the previous year. Compared with August, there were 17 cities with a decrease in prices in 70 large and medium-sized cities. There were 29 cities with flat prices. One.

In fact, the industry's expectations for the real estate industry and even the real estate sector are changing with the sharp decline in real estate market volume since September and the number of banks raising the first mortgage loan interest rate. Huachuang Securities believes that if the restriction of purchase is mainly to curb the demand for real estate investment, then the increase in loan interest rate for the first house will affect the release rate of demand, and the superposition of the two will significantly curb the demand for the next stage of the real estate market. It is expected that the situation in the real estate market in the fourth quarter will not be optimistic given the further strength of the regulatory policies. The developerâ€™s cash flow situation has deteriorated significantly, and the pressure to cut prices has increased. The net cash flow from the real estate segment during the first three quarters has fallen sharply year-on-year, and it is expected that the contraction in the next phase will increase pressure on developers to lower prices and the downward price of housing prices. Gradually increase.

Financial statistics released by the Central Bank recently showed that RMB loans increased by RMB 470 billion in September, which fell significantly from August and hit a new low in 21 months. This shows that the overall tone of the policy is still tight, and liquidity is the environment of the property market. one. Under the influence of the continuous improvement of reserve accumulation, the increase of deposit reserve base, the dynamic adjustment of differential reserve ratio, and the slowdown in deposit growth, Oriental Securities analyst Jin Lin said that the bankâ€™s mortgage policy may continue to tighten in the future. . With rising capital costs and tight credit lines, government real estate control policies will remain tight, and real estate risks will continue to rise. As a result, many factors lead to more commercial banks choosing to keep up after some banks have taken the lead in increasing mortgage rates.

According to the results of the Bank of Battalion's survey of bankers in the near future, since the expected fall in the previous quarter's housing price index fell into the recession, it continued to fall by 12.7% in the third quarter, of which the bearish ratio rose to 40% quarter by quarter. This means that banks will be more cautious about real estate development loans, and the return of funds by real estate developers will increasingly need to rely on the sale of new homes.

â€œOriginally 'golden nine silver ten' is a good time to ship, but the recent downturn in trading volume has undoubtedly further increased the desire to sell in the next two months. If the transaction downturn is not eased, with the increase in future projects, The situation of slow sales will be further aggravated, which will directly lead to an increase in inventories, and the pressure on developers' capital turnover will be imagined.â€ Zhang Yidong said that although short-term industries do not have the risk of systemic capital breaks, the degree of financial strain will increase further at the end of the year.

The downside of real estate stocks The data of Shenzhen Securities Information Co., Ltd. shows that in the first half of the year, the total debt of listed real estate companies exceeded 1 trillion yuan, up 41.29% year-on-year. Of which, current liabilities accounted for 70.62% of total liabilities, up 53.88% year-on-year to 771.3 billion yuan. Obviously, the huge debts of the past have already been returned. Wind data also shows that under the premise of increasing the overall debt ratio of the real estate industry, the debt ratio of some real estate companies has exceeded 80%. As of the first half of this year, among the 136 A-share listed real estate companies with comparable data, the asset-liability ratio of 104 companies exceeded 50%, and 16 companies had exceeded the high of 80%. "Since the third round of regulation and control policy was introduced, the turnover of commercial housing has been shrinking, and the price is approaching the critical point of inflection. Under the pressure of high inventory, turnover, and weak market sales, the high debt ratio has made it faced with a survival in the capital market. Risk.â€ Some industry analysts believe that the downturn in the real estate industry may further deepen in the short term.

The latest research report of CICC believes that the relaxed version of the Guangdong Province's purchase restriction policy was suspended within one day of launch, indicating that the central government's adjustment of real estate regulation has not been loosened and the policy is still in a stable period. According to the investigation of Changsha, Wuhan, and Hefei, CICC believes that the industry has just appeared a downward trend, the policy has not been loosened, and the catalyst for the rebound of real estate stocks is not sufficient. In the future, there is a risk that the profitability of the market will be adjusted downwards. Caution on property stocks.

bentonite cat litter, one clumping cat litter, made of the high quality bentonite as raw materials, and use the most advanced production and processing technology, being the strong clumping and the best effective deodorization. And It is easier and more convenient to scoop the used cat litter. The unique leading dust removal process can keep household environment refreshing for a long time.

4). The controlof bacteria growth as well as fresh air-keeping.

5). Beneficial to the health of house pets(such as cats).

6). The ideal cushion for pets.

2)Hard clumping and easy to clean up; 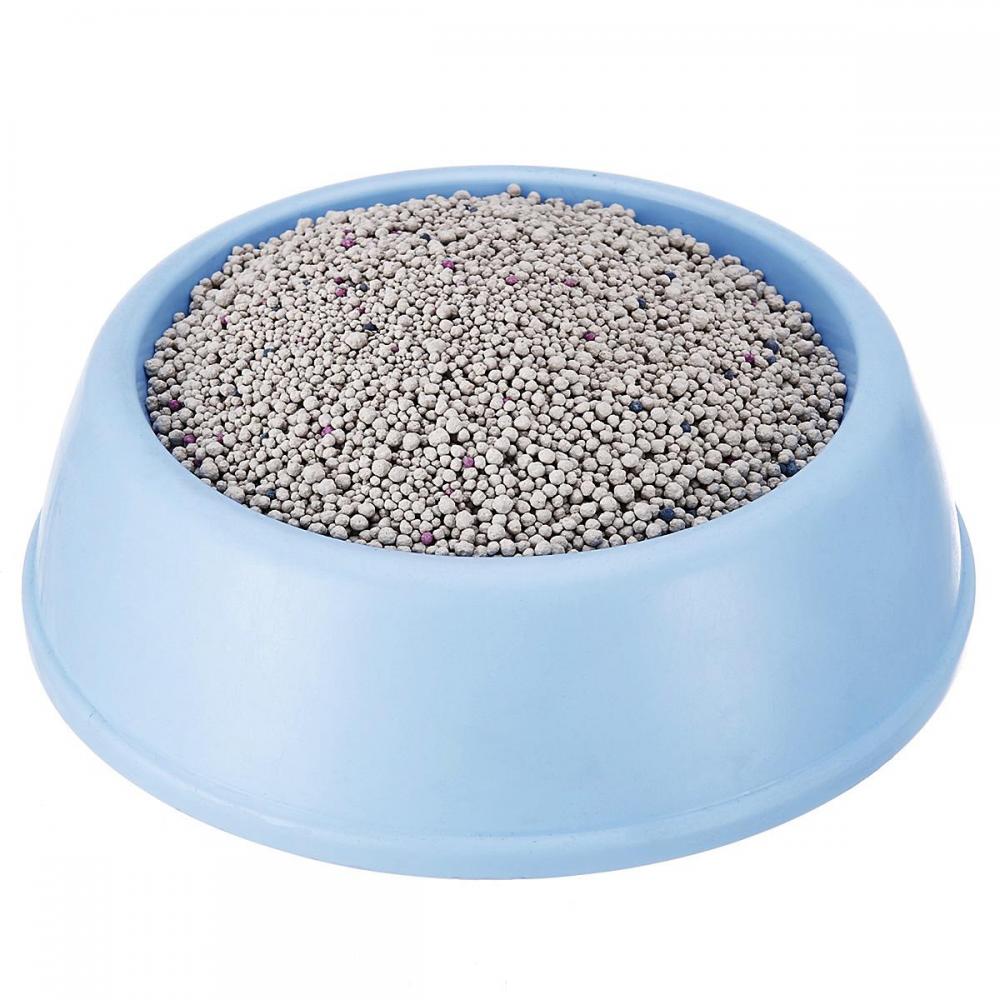