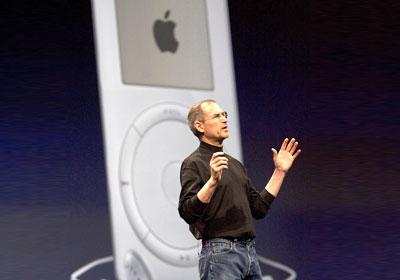 December 23 news, according to technology website CNET reported that due to Jobs changed the way music was released and consumed, in recognition of his outstanding achievements, the Grammy Awards judge team decided to grant him a special honorary award.

The American Record Association announced today that Apple co-founder Steve Jobs will be awarded the Grammy Special Honor Award. "Products and technologies created by Jobs have changed the way we consume music, television, movies, and books. Jobs' vision for innovation led to the iPod and iTunes online stores, completely changing the music industry."

Steve Jobs died of pancreatic cancer on October 5 this year. His prize awards will be held on February 11, 2012. In addition, Apple Inc. was awarded the Grammy Technology Award in 2002 for its outstanding contributions to the music industry and the recording industry.

CareerSec understands that a working knowledge of English is essential in the modern world and is in high demand in China a country with over a billion people population.
Just as words are coined in English and adopted by other languages, English teaching methodology and professionalism set the international standard.

With such a high demand for English language skills comes a demand for teachers of English.CareerSec offers training, coaching and refresher programs in partnership with leading teacher training centers and language schools in China, so you will receive guidance from real experts in English language teaching and in class activities.

Many of the activities and teaching frameworks featured in our workshops and trainings will equip you with skills to start your teaching experience in China.The Creativity Workshops have helped thousands of educators and their students develop creativity and innovation ideas in interactive activities, the arts, creative writing, in class games and engage each person`s innate curiosity and imagination to foster a lifelong love of learning.